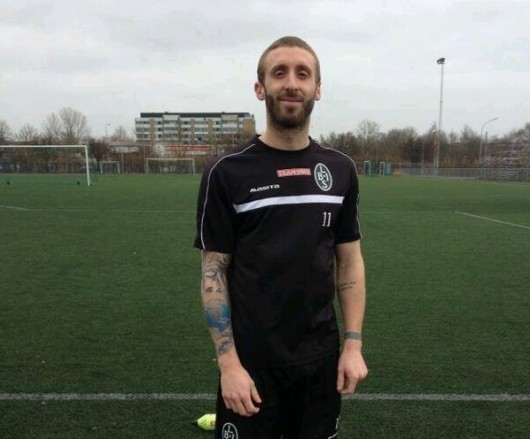 So Andrew, your team has been struggeling this season but you have managed to score 9 goals on 15 games, what has worked for you this season?

I think just in general playing striker has helped quite a bit. It is my natural position so I’m comfortable playing there. I’ve been on the wing in division 1 but I’m more dangerous up top! And of course hard work and being fast helps!

You are now third in the scoring league, do you have a new indivdual goal to be the top scorer this season now?

Yes third now but honestly in the start of the season I wanted a goal every other game so I am above that average now. Just have to keep taking my chances and hopefully I’ll be top but it’s not on my mind.

You play for a classic Swedish team in Landskrona BOIS, do you think your team has the required experience to avoid relegation this season?

I think now we have found good form and have been playing very well together as a team offensively and defensively. Maybe in the start inexperience cost us points and games but I think now we are quite comfortable in our style of football.

What has gone wrong for the team so far in your opinion?

I’m not sure why things have gone wrong but we were giving up easy goals and not creating enough in the games. Now we are more organized and it allows us to play more freely in the game knowing where each player is.

What do you think you need to improve as a player to make it in one of the bigger leagues in Europe?

As always you can improve on many things and in top leagues my first touch needs to get better along with movement off the ball. Also defensive positioning can improve. And also playing with my back to my own goal can improve.

Finally Andrew, which club are you dreaming to play for?